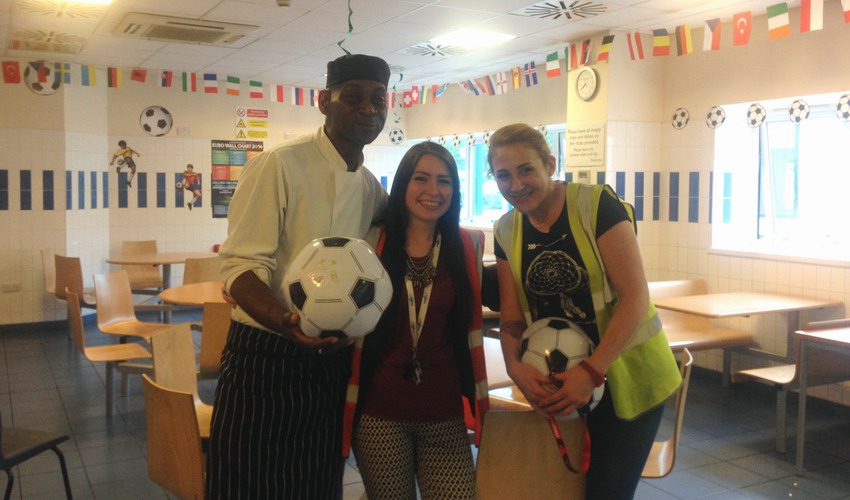 To 'kick off' the start of the 2016 UEFA Euro's CEVA at Magna Park Lutterworth are getting into the spirit of things....

For the first time, the European Championship final tournament will be contested by 24 teams, having been expanded from the 16-team format used since 1996.

Under this new format, the finalists will contest a group stage consisting of six groups of four teams, followed by a knockout stage including three rounds and the final. Nineteen teams – the top two from each of the nine qualifying groups and the best third-placed team – joined France, who qualified automatically as hosts; a series of two-legged play-off ties between the remaining third-placed teams in November 2015 decided the last four spots at the final tournament.

France was chosen as the host nation on 28 May 2010, after a bidding process in which they beat Italy and Turkey for the right to host the 2016 finals. The matches will be played in ten stadia in ten cities: Bordeaux, Lens, Lille, Lyon, Marseille, Nice, Paris,Saint-Denis, Saint-Étienne, and Toulouse. It will be the third time that France hosts the tournament, after the inaugural tournament in 1960 and the 1984 finals. The French team have won the European Championship twice: in 1984 and 2000.

The winning team earns the right to compete at the 2017 FIFA Confederations Cup hosted by Russia.