Congratulations to Shane Lundy, Gaelic Football’s Player of the Year for Warwickshire! 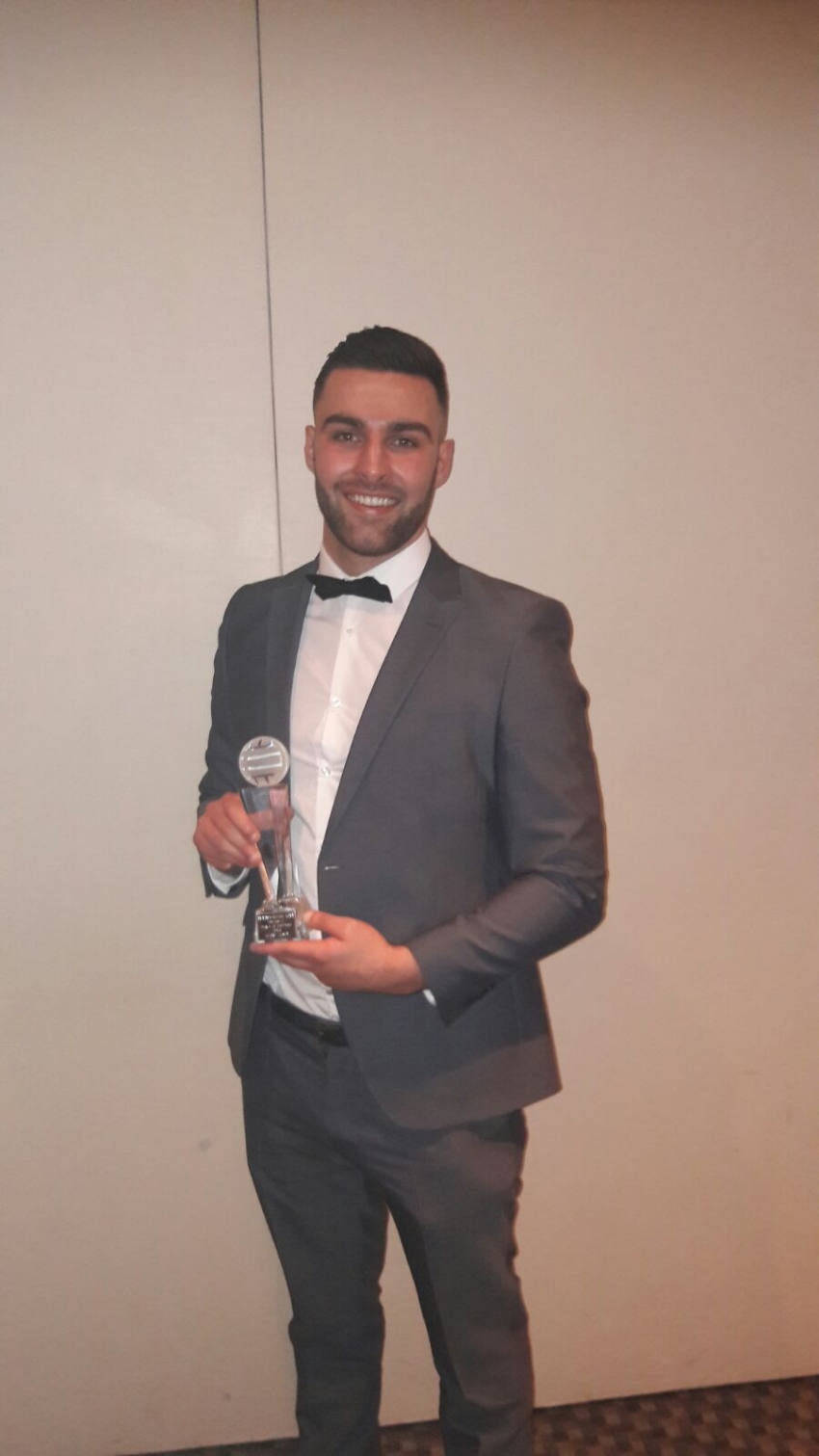 Congratulations to Shane Lundy, who has been awarded Gaelic Football’s player of the year for Warwickshire!

Gaelic football is an Irish sport and Shane plays for a team in Leicester. They play against teams in Coventry, Birmingham and more. Shane has won Warwickshire player of the year - every team in their league had to vote on one player who they thought was the best player in the league for 2016 from Leicester, Coventry, Birmingham and Northampton. The awards night was held in Solihull, St Johns hotel on Saturday 28th of January.

Michael Walker, Industria MD, is the chairman of their club and Andy McKenna is the secretary with Wayne Campbell and Michael Gilbert also playing as part of the team. We asked Shane what he had to say about being awarded player of the year, and this is what he had to say:

"It was massive privilege to win Warwickshire player of the year - to be voted the best player in the league from all the other teams shows how good of a season it was even though we didn’t get much silverware. To be the first player in Leicester to win the award is also a massive achievement. I would like to thank my team mates some of which work for Industria, Wayne Campbell, Michael Gilbert and Jamie Doherty, without them I would never have won the award. I would also like to thank Michael Walker, as without him there would be no Naomh Padraig and I wouldn't have been given the chance to play for such a great club. To win my second player of the year award for club and county has rounded off a great year and hopefully will push our team on to go even further this year."

Shane also wanted to offer special thanks to Andy Mckenna, the club's sectretary, who does a lot of work for the club off the pitch, helping to keep it going.

The Industria team is thrilled about Shane's award and are hugely proud of his and the clubs accomplishments. We wish the team the best of luck for coming seasons, and hope to hear more good news about their progress!