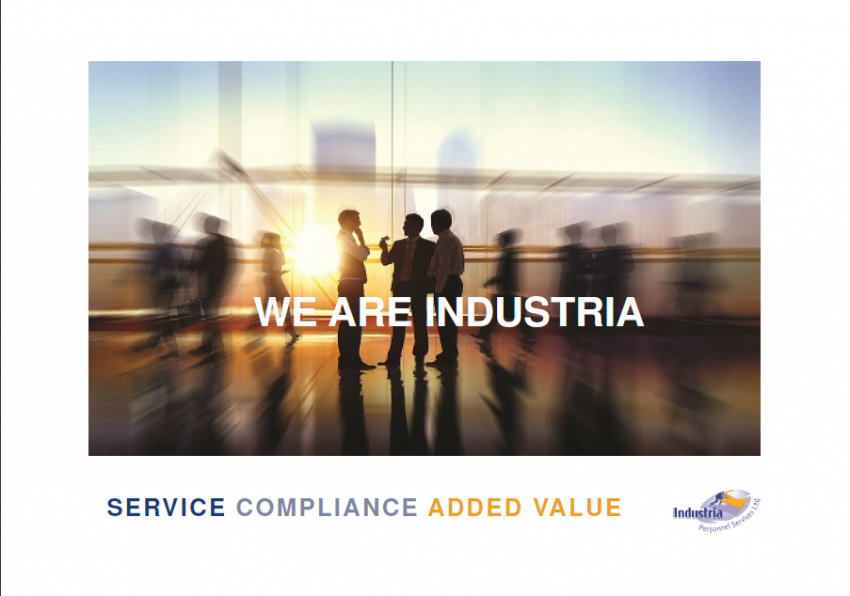 Industria’s Northampton branch is home to four members of the Industria team: Michael Gilbert (Branch Manager), Ieva Ivanauskiene (Driving contracts manager), Magda Nowicka (Contract manager) and Anda Garda (On-Site Contract Manager). The team at Northampton were kind enough to take the time to answer some questions about the branch and how they got to where they are today…

When was the branch opened?

We opened our first office in Northampton in 2007 on Abington Street and due to expansion later moved to larger offices at 18a Bridge Street where we are located today.

What area does the Northampton branch cover?

We cover the whole of Northamptonshire (including Corby and Daventry) as well as some of Bedfordshire including Milton Keynes and Bedford.

Who works at the Northampton branch?

Michael Gilbert joined Industria in 2008 following university. He has held a number of positions at Industria but he has spent the majority of his time in Northampton as Branch Manager. Outside of work he likes to keep fit by playing football, Gaelic football and running,

Ieva Ivanauskiene joined Industria in July 2015 as an onsite representative for an Industria client in Northampton bringing with her 4 years recruitment experience. Ieva works for both the Driving and Industrial Division as a Contract Manager. Outside of work Ieva enjoys walking and visiting new places.

Magda Nowicka joined Industria after working as an onsite consultant and senior consultant for another national recruitment agency. Magda is responsible for recruiting and managing industrial staff for one of our larger client contracts. In her free time, Magda enjoys travelling and is an experienced scuba diver!

Anda Garda joined Industria in 2016, this is her first role in recruitment. Prior to this she was an accountant and supervisor. Outside of work Anda enjoys keeping active and used to play basketball at a professional level.

A testimonial from a Northampton branch candidate:

“I have always had and I'm still having a good, positive experience with the Northampton branch team. They are fair, the staff are friendly and helpful and if any issues occur, they do their best to solve them as quickly as possible. I highly recommend them!” - Maria Stirbu.

The branch team continue to focus on the growth of their presence in the Northampton area and would like to encourage anybody that is looking for work to pay them a visit in Bridge Street!

You can read about the last featured branch, Hinckley, here.