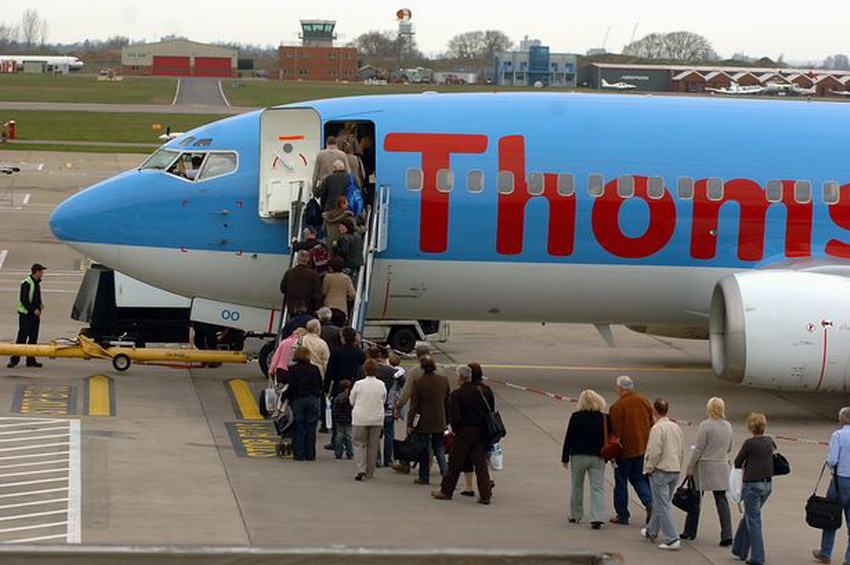 Passengers board a Thomson flight at Coventry Airport on March 15 2007.

Hundreds of jobs could be created with a new manufacturing and distribution hub at Coventry Airport.

But the proposed development dashes any remaining hopes people had of a return of passenger flights to and from the city.

That’s because the new hub would be built on the site of the former terminal, which has lain empty since passenger flights ended in 2009.

It is not yet clear who will occupy the site if the redevelopment is approved, but airport bosses say the plans could create up to 600 jobs.

The freehold of the passenger terminal land, which covers 30-acres, is owned by CoventryCity Council and is not part of the area recently turned down for development by government as part of the ‘Coventry Gateway’ scheme.

Currently covered in concrete, and housing the former temporary passenger waiting area for Thomson, the area has been unused for over seven years.

The airport said the development would enable Coventry’s management team to upgrade the airport’s existing facilities.

Rob Sweeney, of Coventry Airport, said: “With the closure of the passenger terminal and associated buildings on the south side of the airport at Middlemarch the land is redundant for aviation purposes and disposal of that as a site for commercial development will make a significant contribution towards the airport’s future investment and financial strength.

“The South side upgrade will effectively revive part of the site which has not been in use for many years, replacing concrete with modern business spaces built to match the local area’s aspirations.

“Repurposing the land occupied by the defunct old terminals to deliver an asset for the local economy will also enable us to focus on improving facilities in line with Coventry’s strategy of becoming the international hub of choice for corporate and aviation, and an ideally placed site for hot basing.”

He said: “We welcome this news. There is no question that Coventry Airport is a considerable economic asset which brings investment and employment to the area, and this proposed development is another example of that.

“This part of the site has been largely redundant since the ceasing of passenger flights and with the airport developing in a different direction, it makes total sense to bring that area back to economic life.”

Coun Kevin Maton, Coventry City Council’s cabinet member for business, said: “Our recent success in attracting manufacturing and business here means we’ve a real and urgent need for employment land in Coventry, so this is good news for jobs and growth for the city.”