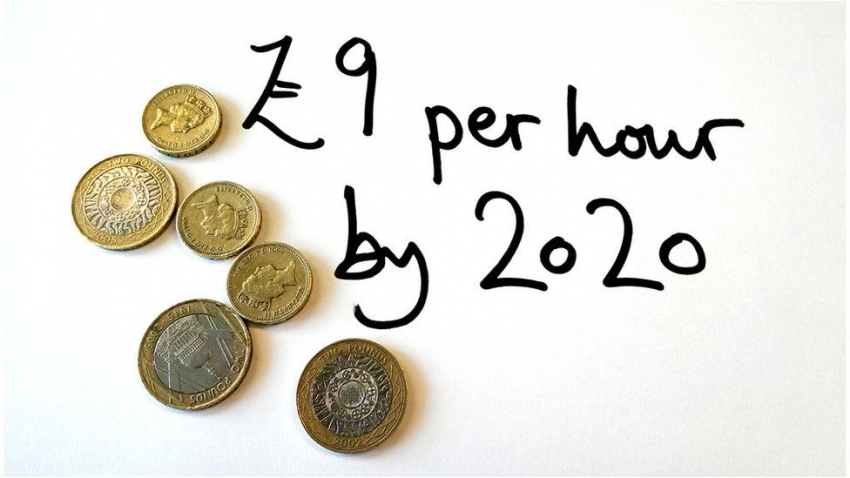 A compulsory National Living Wage is due to be introduced in April 2016 for all working people aged 25 and over, and will be set at £7.20 per hour. The current National Minimum Wage £6.70 for those under the age of 25 will continue to apply.

What you need to know:

1. It will be introduced in stages

Companies will be required to pay a minimum of £9 an hour by 2020.The first increase will be introduced in April 2016, however, when workers will receive £7.20 an hour.

The new National Living Wage will only apply to those aged 25 and over.It is being billed as a new "premium" on top of the existing National Minimum Wage, which will continue for those under the age of 25.

The government argues that a lower wage must apply to younger people in order for them to "secure work and gain experience" and to "maximize the opportunities" available to them.

3. Small firms will get extra help

Businesses small and large will be helped to make the changes to wages, George Osborne has said.Corporation tax is being cut by two per cent to 18 per cent in order to offset the predicted one per cent impact on corporate profits.

Extra help for small firms will come in the form of increasing the new Employment Allowance by 50 per cent to £3,000.Mr Osborne said: "That means a firm will be able to employ four people full time on the new National Living Wage and pay no national insurance at all."

Those currently on the National Minimum Wage will see an increase of 70p an hour based on the current rate and 50p an hour compared to the planned October 2015 increase.

The Low Pay Commission will then be tasked with deciding how the National Living Wage will reach the target of £9 by 2020.Some 2.7 million low wage workers will be given a direct boost by the changes, while a further 3.25 million people could also see an increase in wages as a result.

By 2020, an individual aged over 25 working 35 hours a week and previously earning the minimum wage will see their gross wages increase by around a third compared to 2015-16, or £5,200 in cash terms.

For additional information please feel free to contact me on 07894 508002 or email amanda-baker@industria-jobs.co.uk