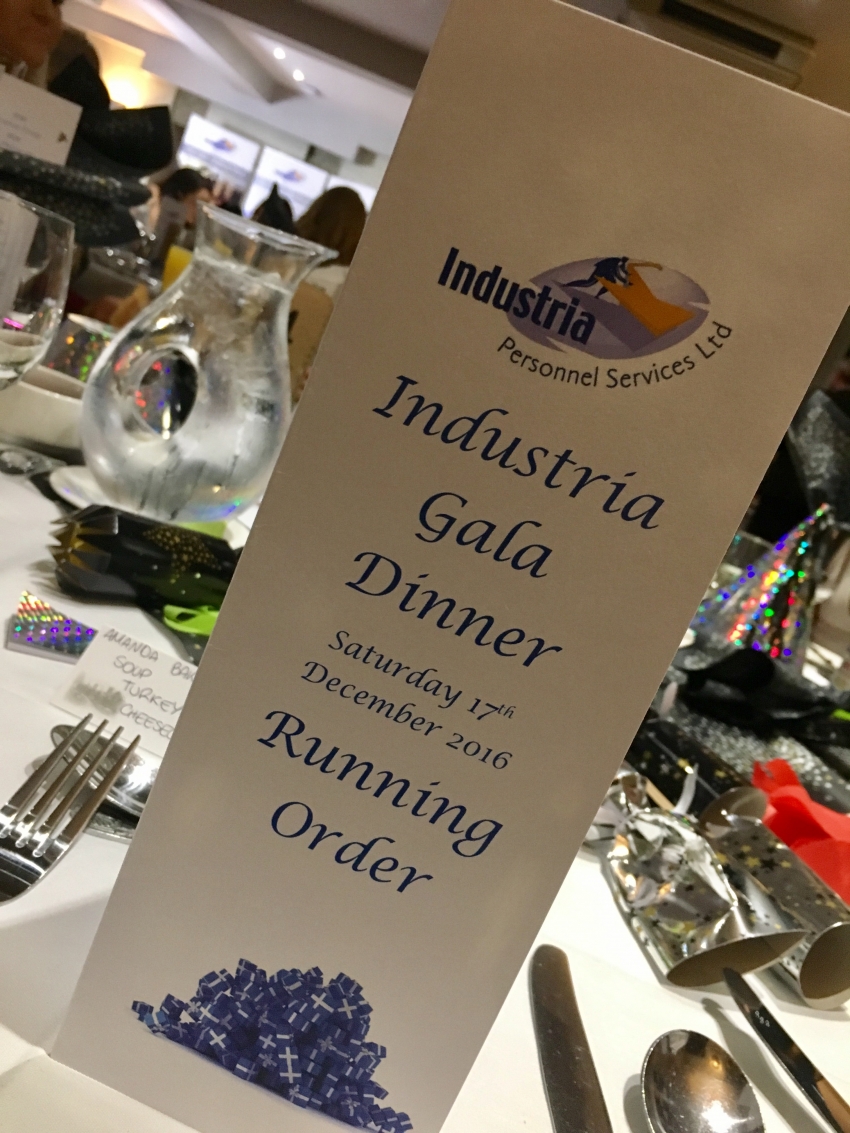 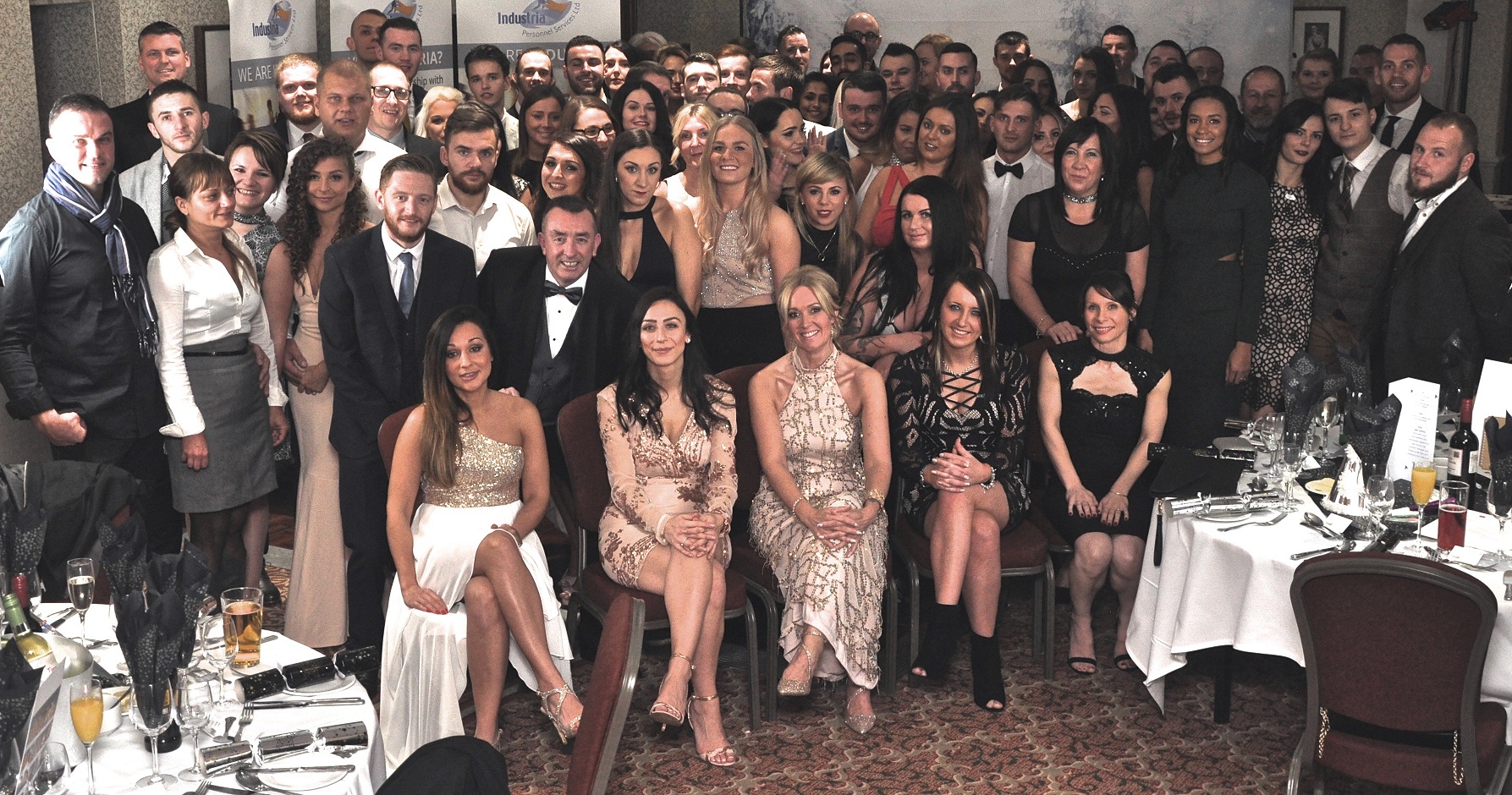 After months of organising by Mathew Coulson, Paula Fox and Andy McKenna the evening finally arrived and the Industria team entered en masse in glamorous ball gowns and tuxedos ready for the festivities to begin.

Entertainment began on arrival as Britain’s Got Talent’s Luca Gallone wowed the crowd with jaw dropping magic tricks whilst professional caricaturist Mark B went about his business accentuating the features of the Industria team and their partners.

Prior to the arrival of the starters all of the tables were busy conferring and completing the photo and table quizzes for their chance to win free drinks for their tables.

At the end of the evening everyone had lots of fun dancing the night away at the disco.